Things were a little different on Mother’s Day this year as I pre arranged gifts and cards for the Mums and told my husband he was taking me and the kids to a rave!

The Big Fish Little Fish events company planned a date in Bournemouth as part of the Camp Bestival tour and boy was it good fun.

Everyone was encouraged to dress up with this year’s theme being ‘Pop Stars & Rock Stars’ and I sooo wanted to get involved but the kids and my husband were a little shy (ok, I could have dressed the baby up I suppose since she can’t argue with me hehe).

The event was held in the Old Fire Station and as you went in there was a baby and toddler play area with some seating for parents to relax, a bar and some amazing cakes being sold (I tried way more than I should have and they were delicious). 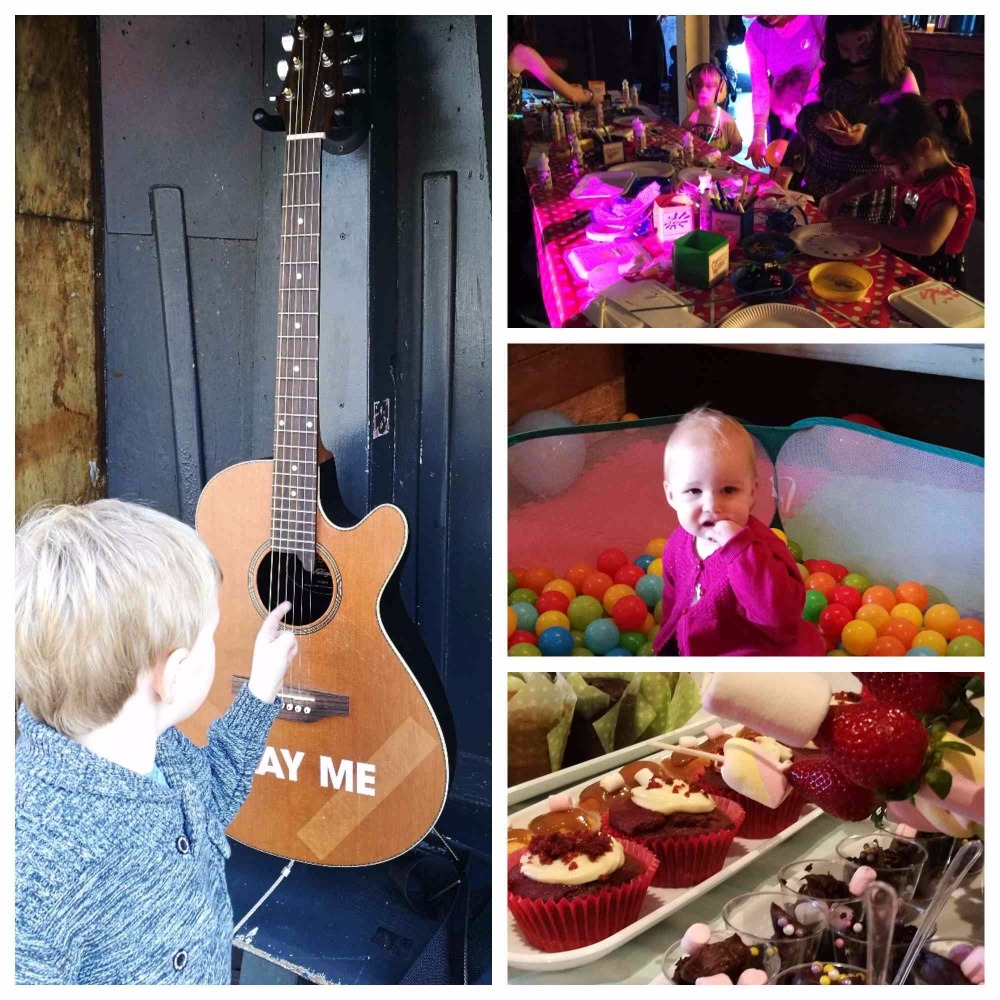 As we followed the other families into the main room we could hear the music playing, not deafeningly loud luckily but just loud enough to create the right atmosphere.  Our DJ was Future Funk Squad and I was surprised that I actually knew most of the tunes.

Now it’s been a few years since I was in a nightclub and I was never much of a dancer then, not unless I’d drunk my body weight in wine first and that hasn’t happened since the day the kids were born but the beauty of this event was that I felt no one was judging my swaying and occasional ‘whoop whoop’ with a baby in my arms. 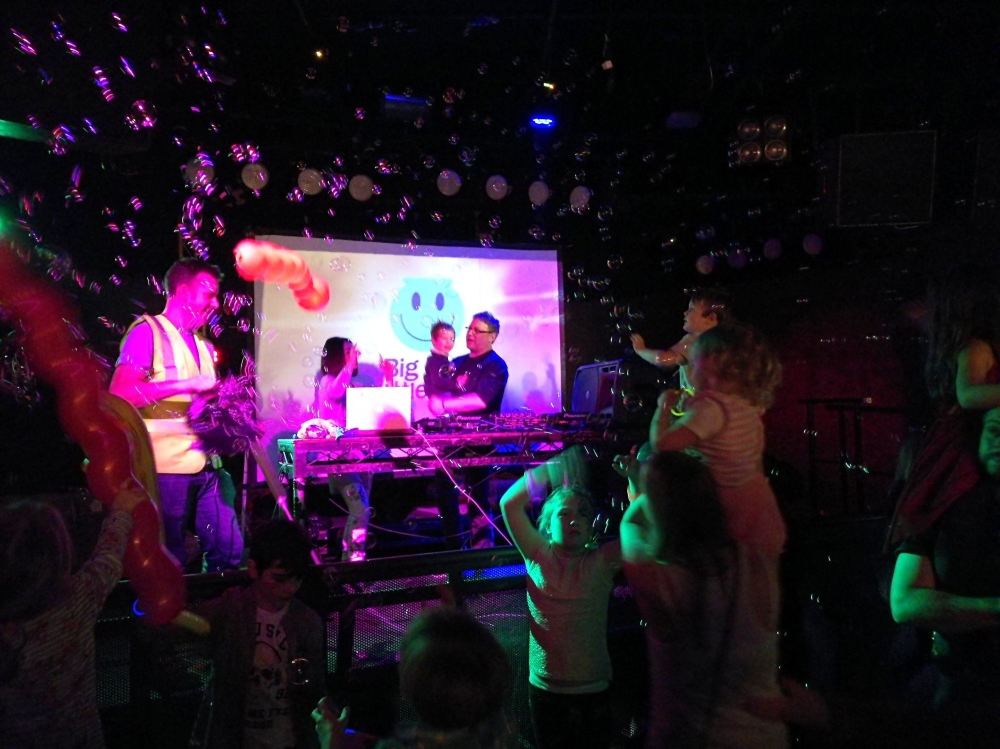 Baby Lu loved all the lights and sounds but her big brother took some time to warm up.  I can understand that it may be a little daunting to a child so I waited for a huge balloon to come bouncing near us and I grabbed him quickly throwing him up in the air to bump it which he thought was hysterical.  That was it, he was desperate to catch it again and even treated us to his new dance routine which he’d been practicing at home. 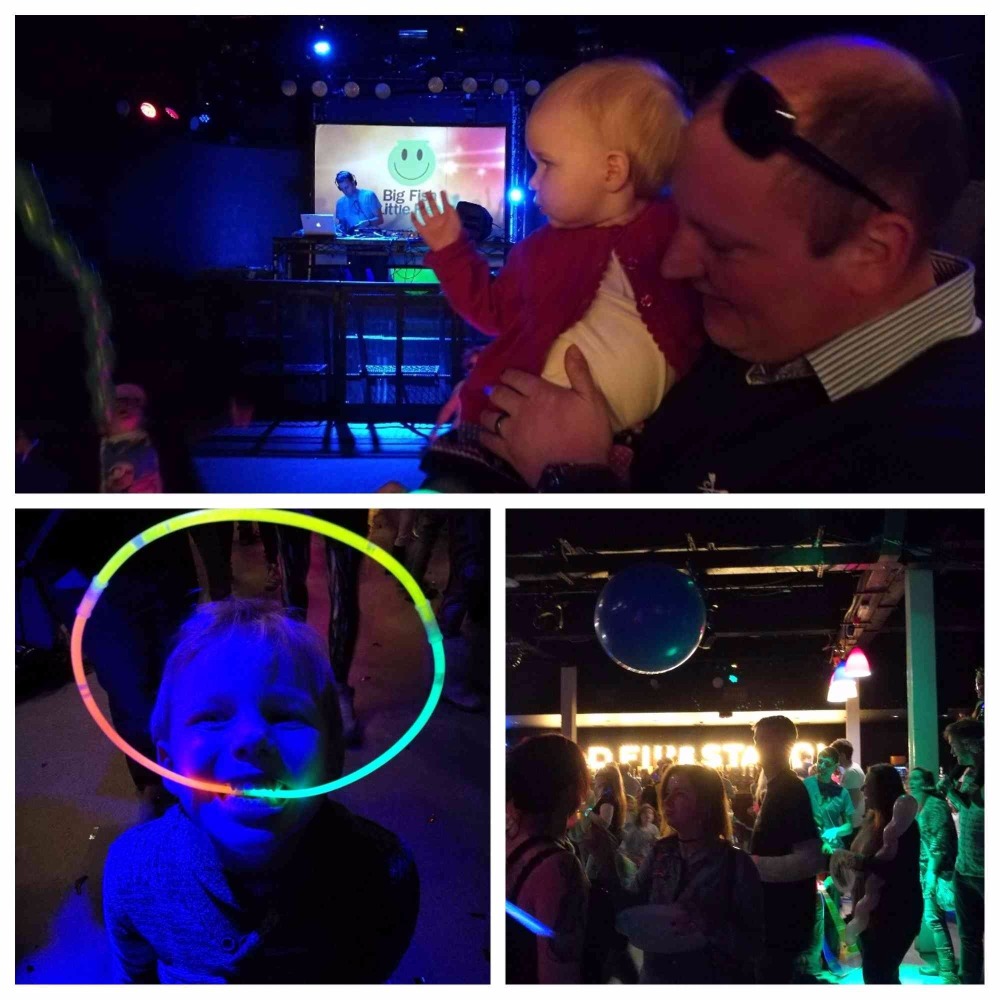 Throughout the afternoon the DJ played some great songs including the dance version of Peppa Pig which cracked me up and you could see everyone big and small was enjoying themselves.  Quite a few people made the effort to dress up and some of the tiny rockers were sooo cute. 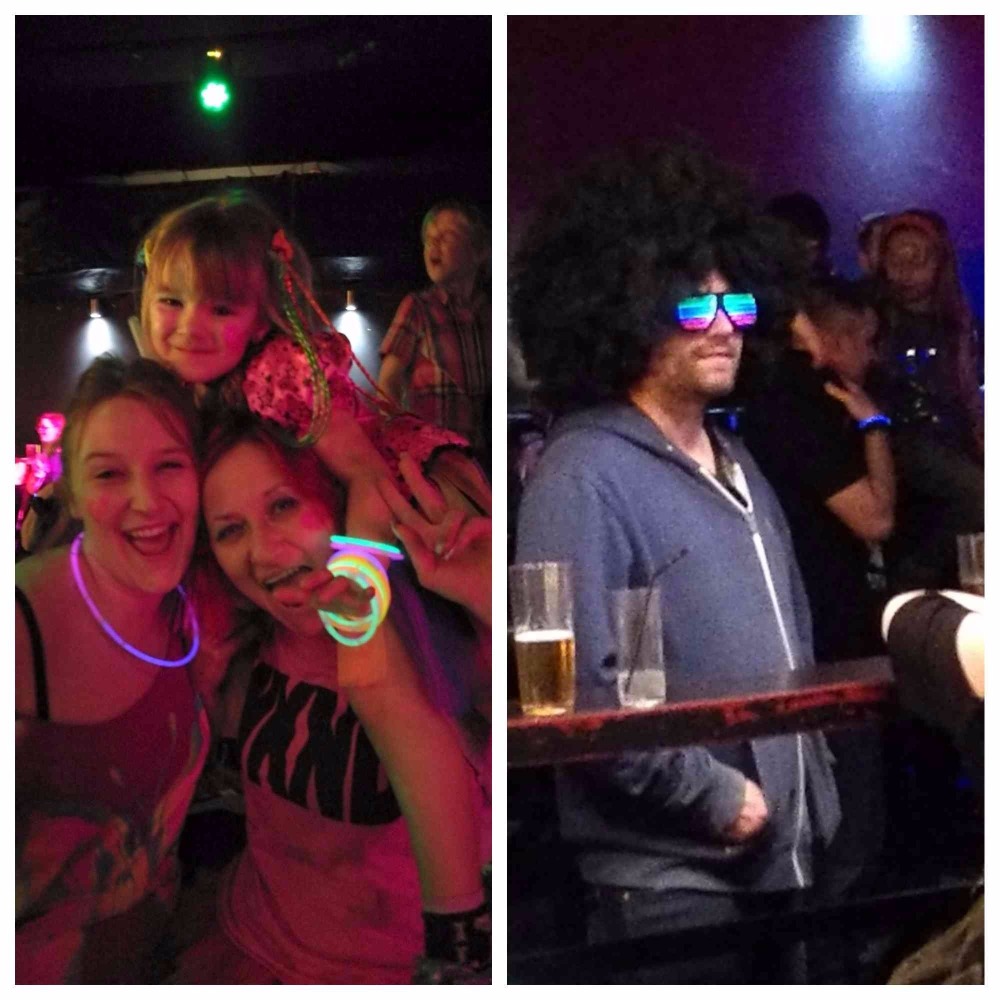 Within the main room there was lots to keep the children amused with a huge mural on the wall ready to be coloured in plus there was a face painter, free glowsticks, glitter tattooes and a crafts table. 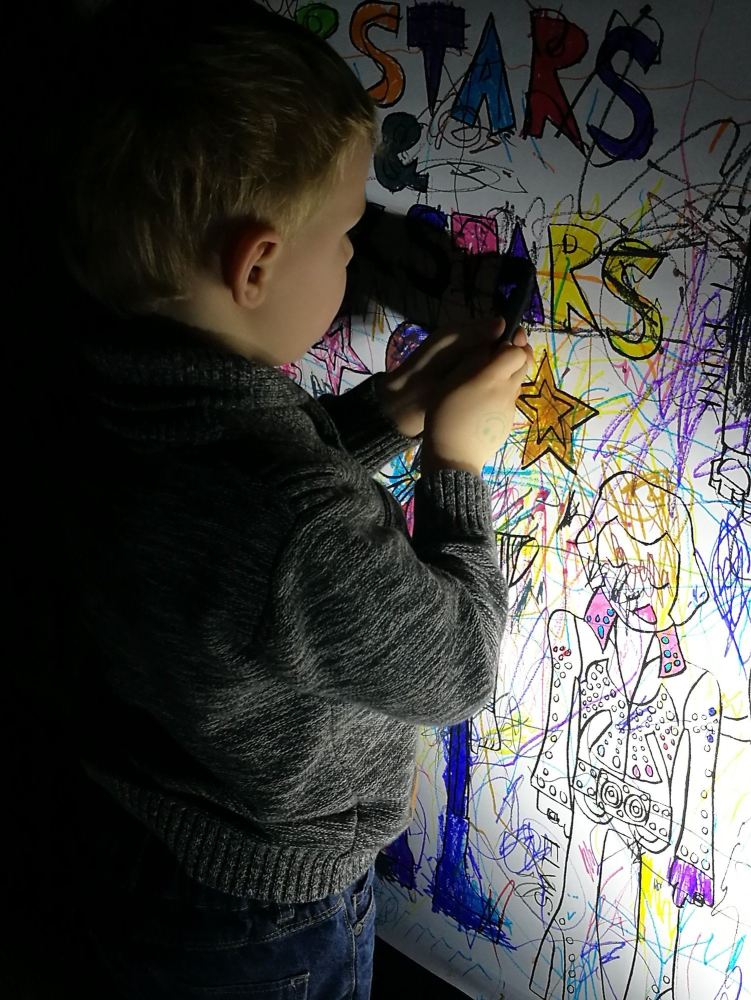 We flitted between relaxing in the little soft play area and dancing and you could see how much fun the kids were all having when they got showered in confetti or bubbles.  The highlight had to be near the end when a giant parachute came out and everyone danced underneath it with little one’s in their parents arms bouncing up and down.

And then sadly it came to an end and after a few screams and shouts from us all the DJ and event organiser said their thanks and goodbyes.

So, if you’re going to Camp Bestival this year then make sure you pay Big Fish Little Fish a visit, I promise you’ll have a brilliant time and the kids will too.

Thanks BFLF for a great Mothers Day.  Your family rave was a hit and you clearly understand that happy kids make happy parents.  Hopefully we’ll see you all again soon. 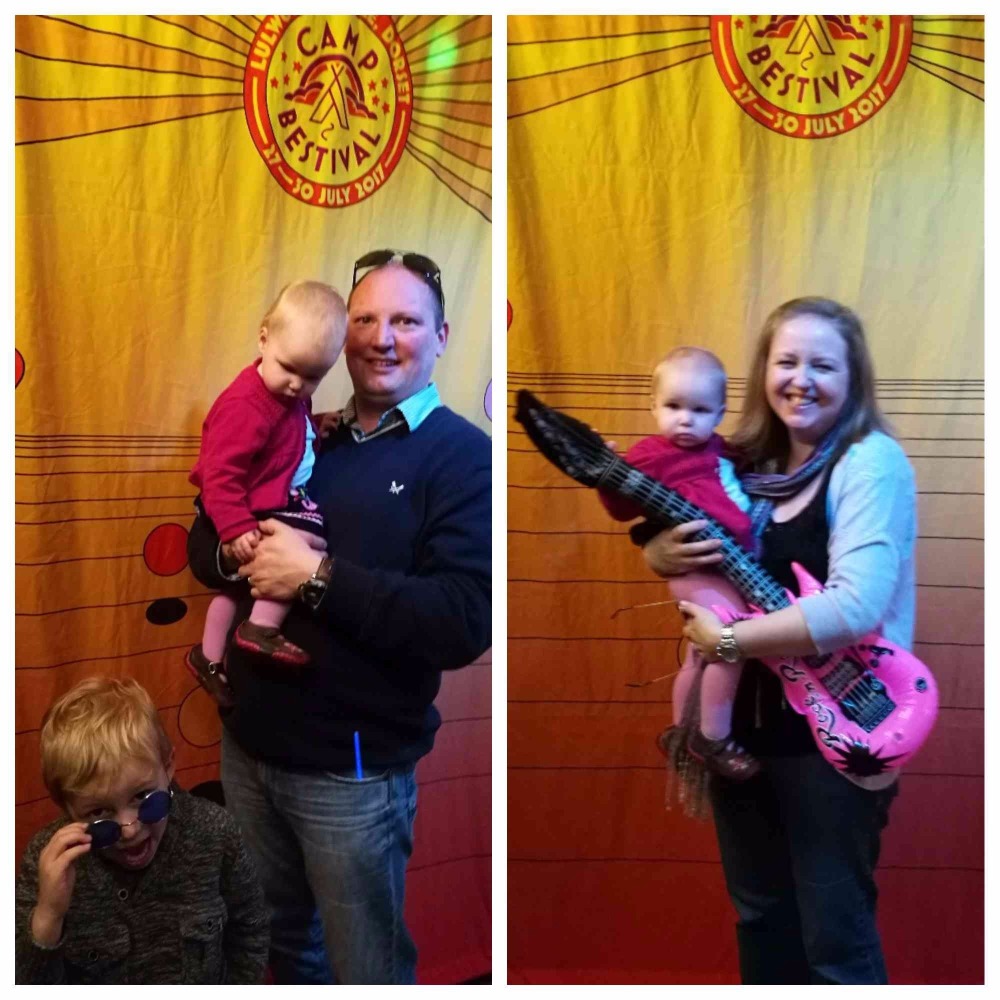