This is the third year we’ve seen the Pirates of the Pavilion and yet again it hasn’t failed to capture our attention from start to finish and laugh our leads off in many of the scenes. 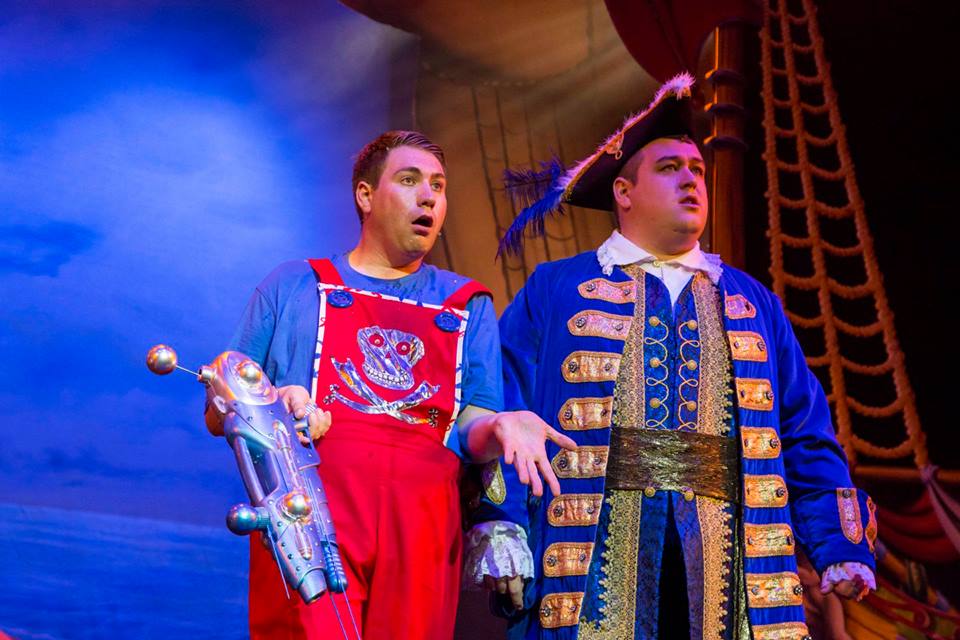 This swashbuckling family friendly show is directed by Lee Redwood who also stars as Demonia the Sea Witch and it was lovely to see Buckaneer Becky and Captain Filibuster back for another year on a brand new adventure.  Liam Mellor was the new Seadog Billy and he did a great job of providing the humour especially the scene where he managed to crunch and munch a whole apple in his mouth and hilariously spit it out everywhere during the song they were all singing.  Poor Becky, I felt for her picking apple out of her hair twice a day for the next 6 weeks haha.

Along with the cast mentioned there was also the magical secretary who helps the crew plus lots of great dancers including children from the performing arts school Stagecoach Weymouth who did a grand job in their first show. 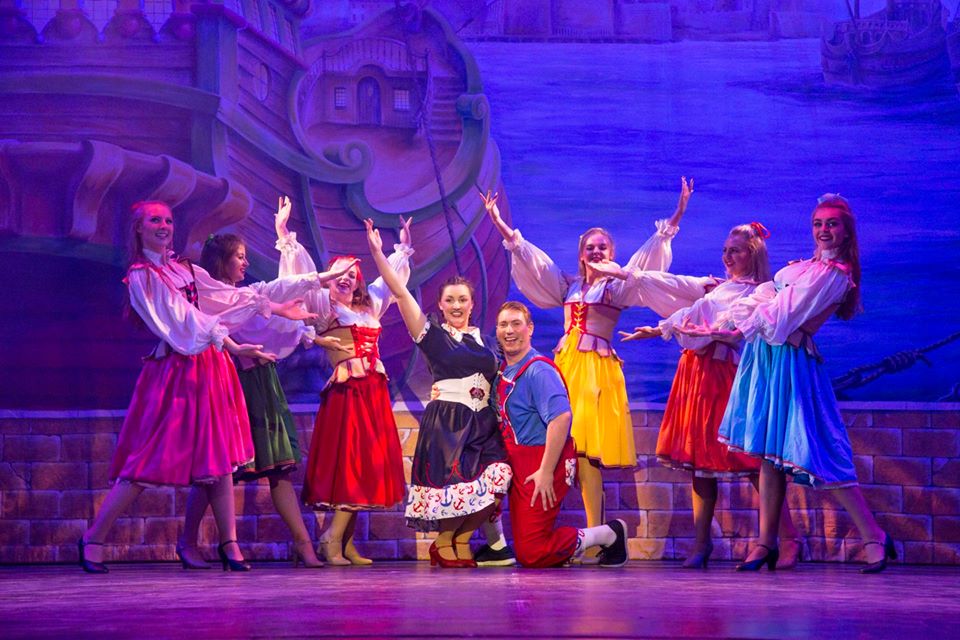 As with most Pantomimes the story is simple for the children, the scenes are short and there was plenty of audience participation and boos which all the kids (and adults) enjoyed.

This year the fun and lovable crew have to go on a mission to rid the seas of all the litter and beat the evil Sea Witch before she can succeed in her plan to rule the world.  I loved that there was a moral to the story and hopefully the youngsters will go away remembering that we should look after our planet more and dispose of rubbish after a trip to the beach. 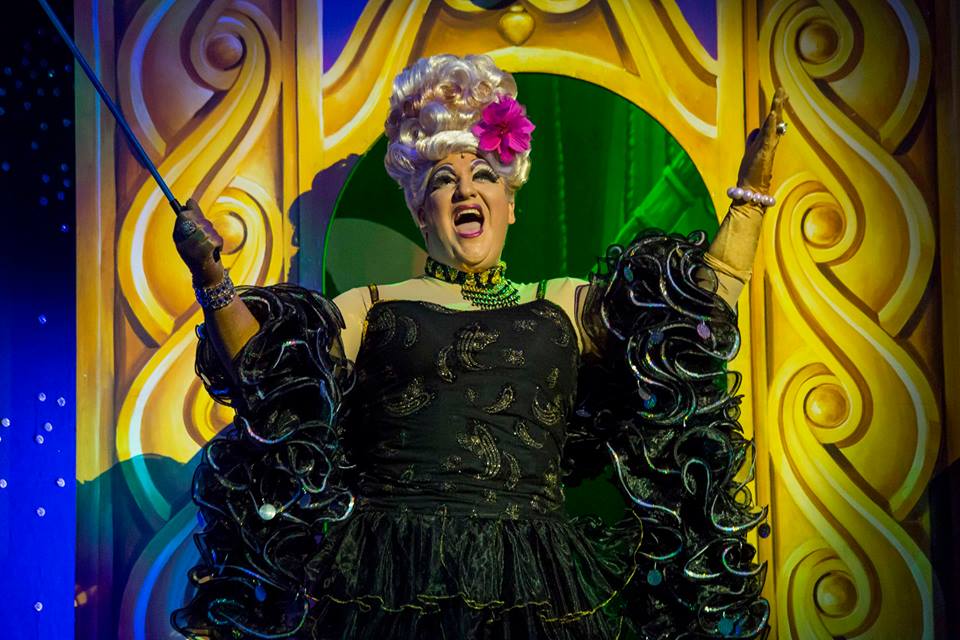 Watch out for the amazing special effects as Becky goes on a flying jet pack and a huge sea monster created by the evil Sea Witch appears on stage!

While we were there we got chatting to a lovely family in front of us and I asked what their thoughts were after the show.  Lisa from Bournemouth said ‘I came today with my 8 year old son Dylan, Harry who is 6 plus Nanny and we all thought it was a great first show with very funny improvisation when lines were forgotten.  Our favourite characters were the mice puppets and of course Billy who was brilliant with his bad jokes that were hilarious.  Would definite recommend it to others!’

Finally, to the family of the 4 year old girl on stage during today’s Matinee, your little one had us crying with laughter.  She was utterly adorable every time she tried to say the line ending in ‘felt smart’ and instead said ‘smelt fart’.  I really hope she enjoyed her little bit of stardom.

The cast and production company work very hard to put this show on and it’s quite clear to see.  Personally we loved it when the odd line was forgotten and the cast went off script.  I couldn’t stop giggling every time Billy called Demonia ‘Dame Trott’ (from the Christmas Panto).  There’s too many funny scenes for me to talk about and one in particular that I want to mention but I’m not going to tell you as I think it’s nice for the audience to have surprises.   So if you’re after a couple of hours of fun with catchy songs, dancing and jokes galore then head to Weymouth Pavilion for full details of the show. 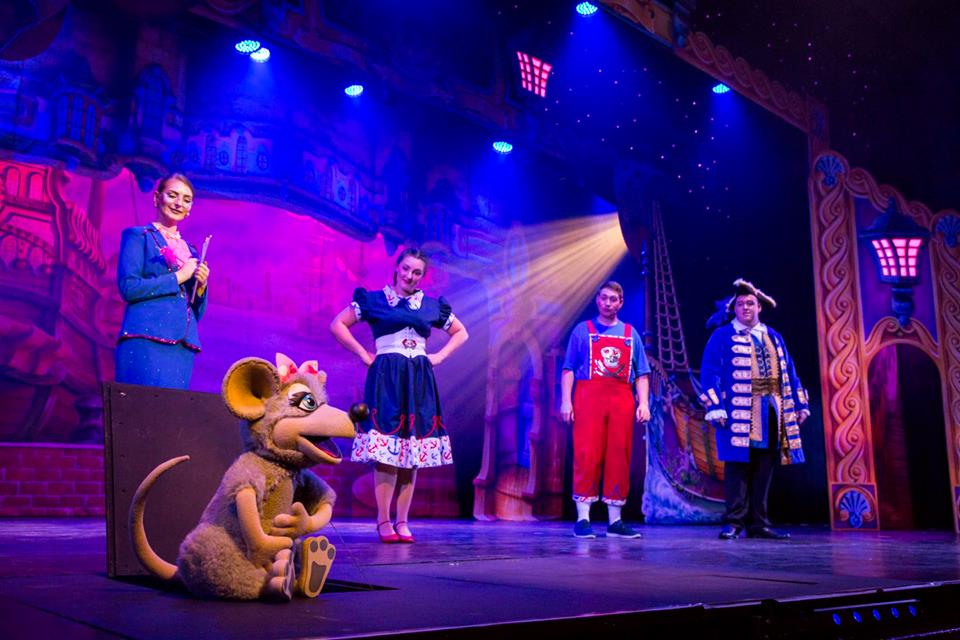 There’s a huge pay and display car park behind the theatre.

If you are hungry or thirsty before the show then head upstairs to the Piano Bar.  If you are after a drink or snack before or after the show then you’ll find the Ritz Café in the foyer.

Pirate swords, flashing hooks and programmes can be purchased before or during the show from the foyer.

If you have a small child with you then you’ll find booster seats and cushions as you go in the theatre.

Ice creams, snacks and drinks are sold in the interval.

The staff and ushers are all incredibly friendly and helpful so just ask if you need anything or have any questions while you are there.

The show is running for the next 6 weeks from today up until Tuesday the 29th of August 2017.

On Tuesday the 1st of August 2017 there is a relaxed performance which is specially adapted to accommodate people on the autism spectrum, as well as those with communication difficulties and learning disabilities.  Slight changes will be made to the show itself; any loud noises or strobe lighting will be omitted, the auditorium lights will be left on and audience members will be free to leave the theatre and spend some time in a quiet area set up in the foyer at any point during the performance.

At the end of our show Billy made a couple of audience announcements so if you have a birthday in the family please tell them at the ticket desk.

Well done again to everyone involved, the show was fantastic and I hope you have a great summer performing to many local families and tourists.  We all really enjoyed it, especially our 4 year old son who laughed and heckled pretty much non stop and loved Billy and his silly jokes. 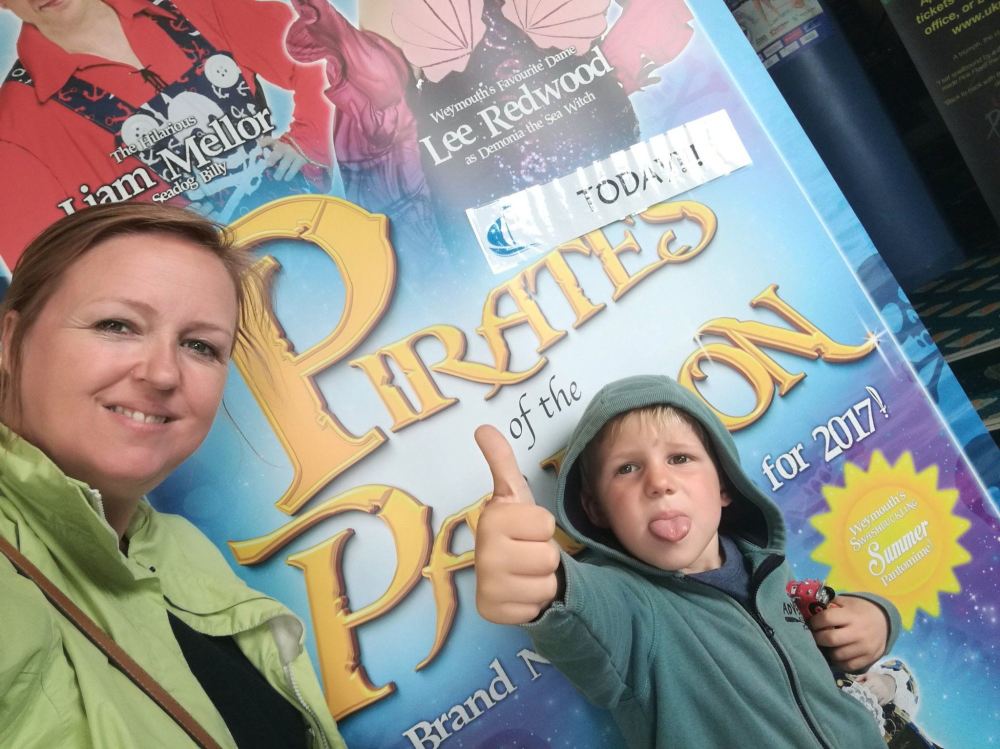